The Poway City Council Municipal Code (Chapter 8.98) prohibits persons from launching into flight, operating, and landing following flight, drones during such times that the City of Poway is experiencing an emergency response.

When is this in effect?

We recommend signing up for the Drone Restriction Alert.

In the event of an emergency response, a message will go out via email and text advising of the area(s) of Poway that have drone restrictions in place.

What is banned during emergencies?

What are the designated Geographic Areas?

The City is divided into four quadrants and during an emergency, one or more of the quadrants may have drone operation restrictions. 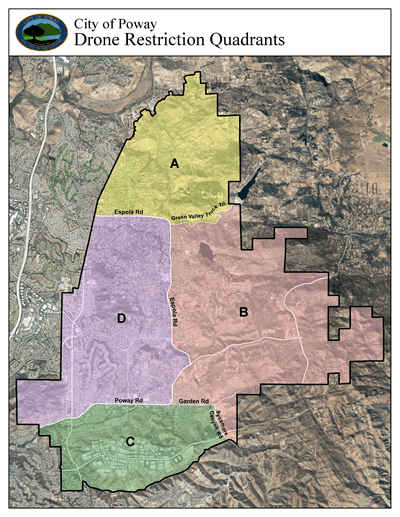 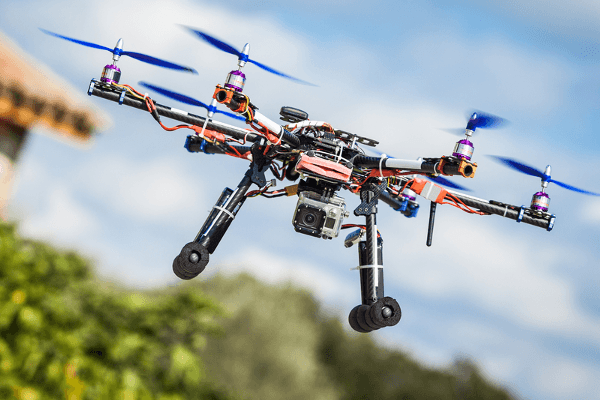 Sign up to receive drone restriction alerts to your email or phone.