The Espola Road Safety Improvements Project will improve safety for those who walk, jog, cycle or ride horses along the west side of Espola Road between Poway High School and Twin Peaks Road. The first phase of the project was the undergrounding of utilities by SDG&E, Cox Communications, and AT&T. The second phase of the project is the City’s pathway improvements, which includes a DG pathway, new asphalt berm, grouted rock surface parkway, lodgepole fencing, and retaining walls.

The next phase following infrastructure included installing cables in new underground conduits and working on utility connections for individual properties along the undergrounding route. SDG&E completed the installation of their underground cables first followed by Cox and AT&T. After the three utility companies completed all conversion work the utility poles were removed.

While the utility undergrounding was taking place, the city began the design work needed to re-bid the remaining portions of its work on the Espola Road Safety Improvements project. To avoid construction coordination conflicts the city restarted pathway improvement construction activities after the utility poles are removed. This portion of the project began in fall of 2021 and is anticipated to be completed by summer of 2022. 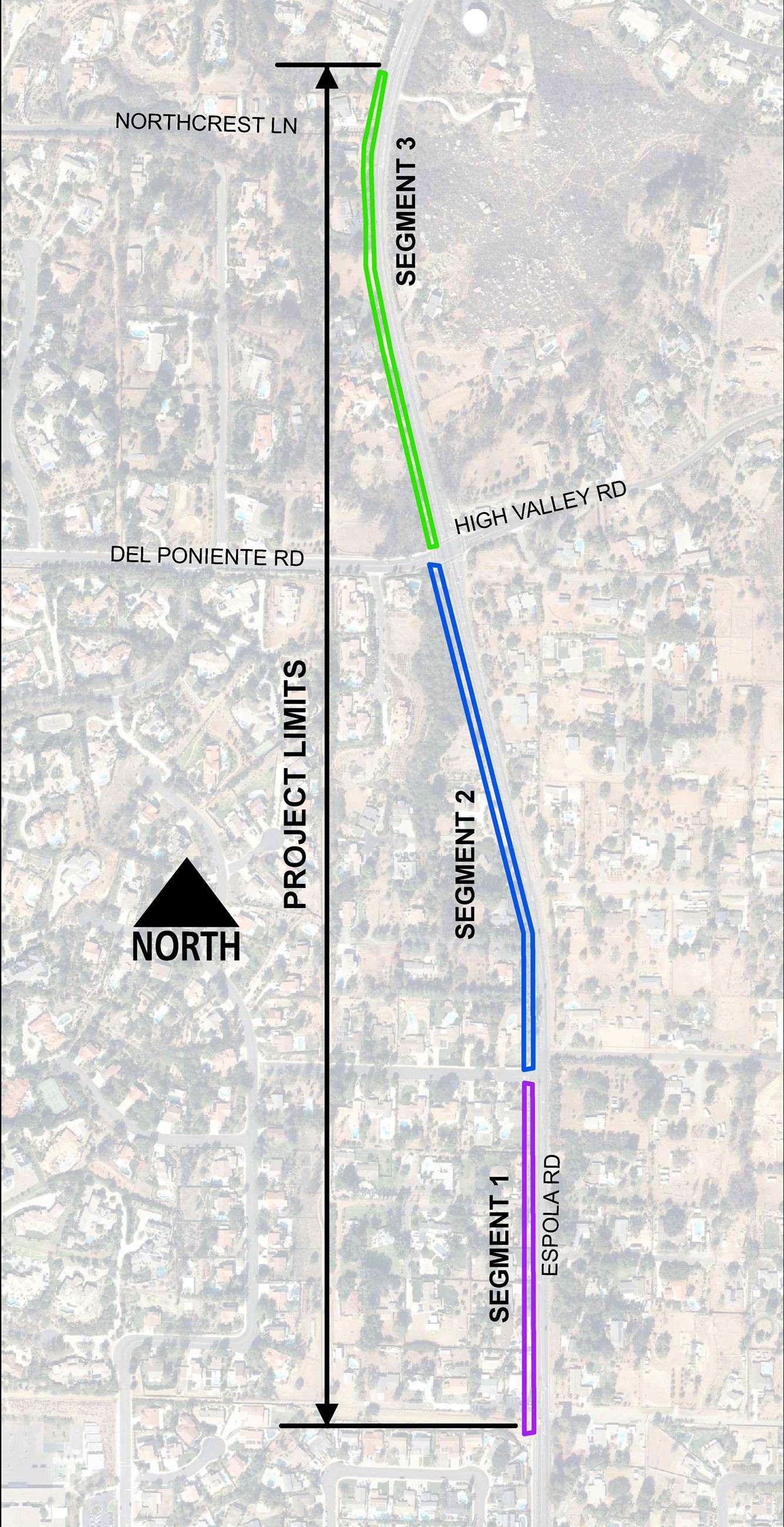